Skip to Main Content
It looks like you're using Internet Explorer 11 or older. This website works best with modern browsers such as the latest versions of Chrome, Firefox, Safari, and Edge. If you continue with this browser, you may see unexpected results.
Whitworth Library

From the Folio Society:

The vision behind William Morris’s entire creative output hinged upon a vehement aversion to what Walter Benjamin described as ‘the age of mechanical reproduction’. His illuminated manuscripts typify this belief. Beautifully calligraphed and intricately ornamented, they stood in defiant opposition to what Morris perceived to be the drab and soulless fruits of modern labour. He believed in the assiduous creation of beauty, both for its own sake and as a path to wisdom; and the delicate art of illumination was, for him, a means of pursuing this ideal.

Between 1869 and 1875, Morris produced 18 illuminated books, resurrecting a tradition that had faded with the invention of printing at the end of the 15th century. Among these were A Book of Verse and the Rubáiyát of Omar Khayyám and two of the greatest latin texts: The Aeneid and The Odes of Horace. Morris included all four books of The Odes, the last of which, in its unfinished form, provides a fascinating record of his creative method.

Horace was perhaps the most popular Latin author of the Victorian age – graceful, balanced and astute, he was seen as representing the values of the Victorian gentleman. He lived during the reign of Augustus, between 65 BC and 8 BC, and is regarded as the finest Roman lyric poet. The Odes consist of more than 100 short poems adapted from the lyric verse of Greek poets such as Pindar and Sappho. Their themes are diverse – from love and friendship to patriotism and religion – and they often have a strong moral vein. Alfred Tennyson described them as: ‘jewels five-words long, that on the stretched forefinger of all time / sparkle for ever’. Today they are widely quoted: ‘carpe diem’(‘seize the day’) and ‘dulce et decorum est’ (‘sweet and fitting it is’) are but two famous examples. 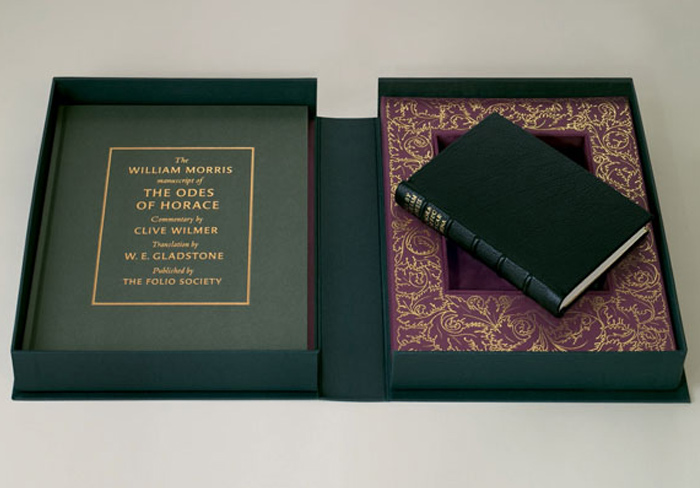 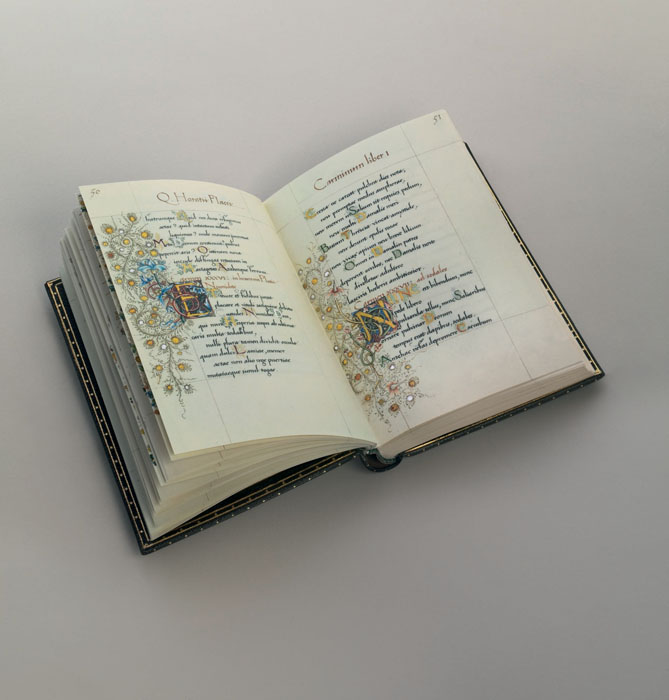 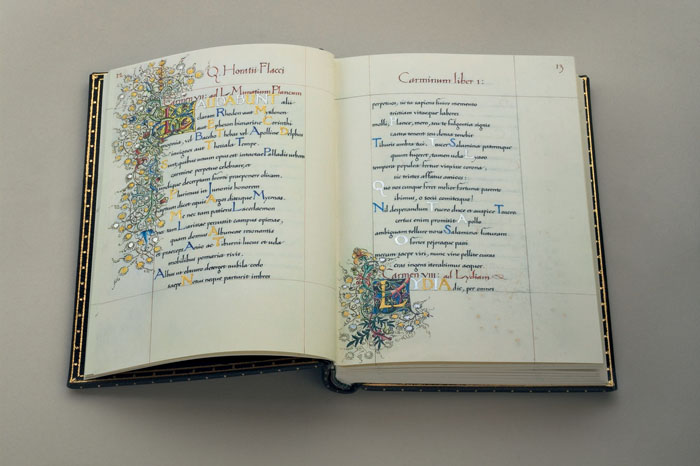 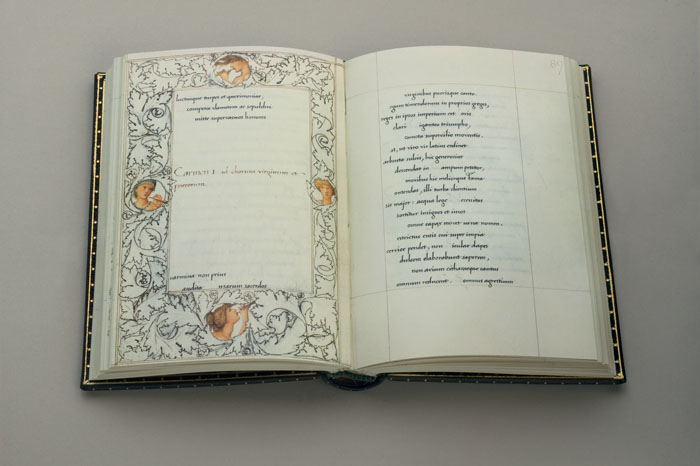