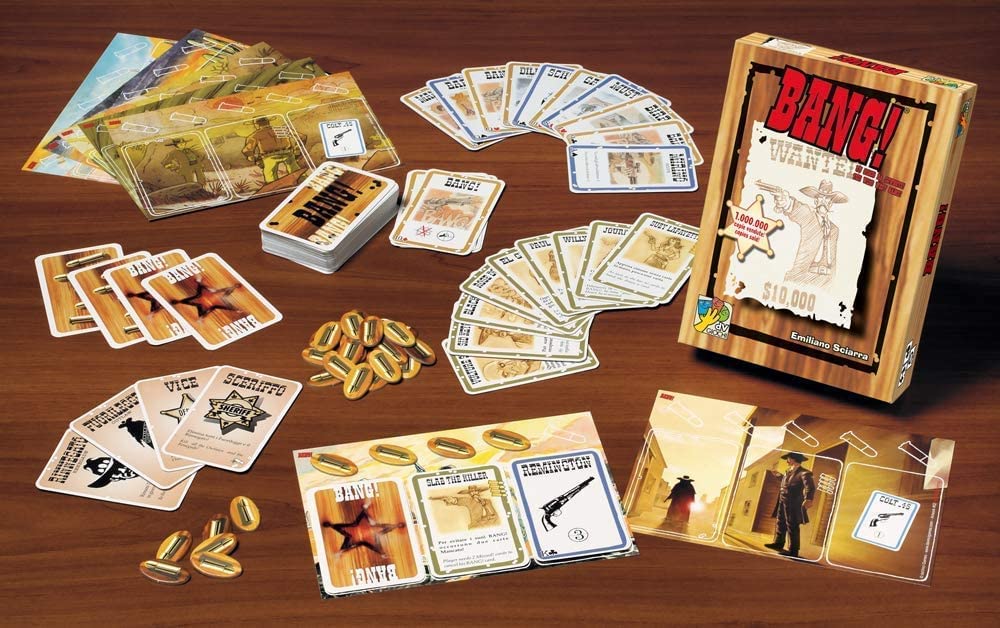 "The Outlaws hunt the Sheriff. The Sheriff hunts the Outlaws. The Renegade plots secretly, ready to take one side or the other. Bullets fly. Who among the gunmen is a Deputy, ready to sacrifice himself for the Sheriff? And who is a merciless Outlaw, willing to kill him? If you want to find out, just draw (your cards)!" (From back of box)

Four different Roles are available, each with a unique victory condition:

A player's Role is kept secret, except for the Sheriff. Character cards are placed face up on table, and also track strength (hand limit) in addition to special ability.