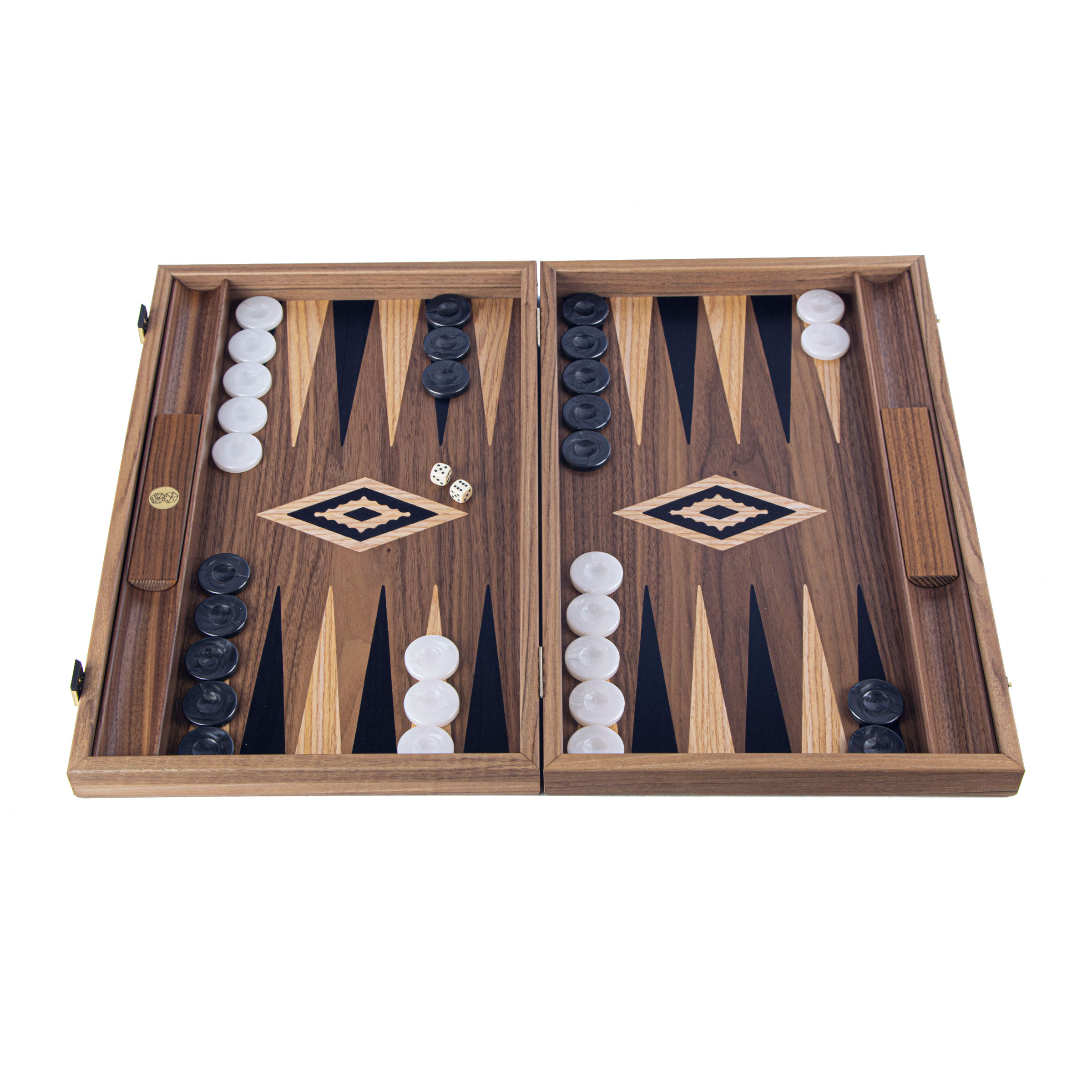 Backgammon is the most widespread member of the large family of tables games, a type of board game played with counters and dice on tables boards. This family of games dates back nearly 5,000 years to Mesopotamia and Persia, whereas the earliest record of backgammon itself dates to the 17th century England. Backgammon is a two-player game in which each player has fifteen pieces, known traditionally as 'men' (short for 'tablemen') but often known as 'checkers' in the US. These pieces move along twenty-four 'points' according to the roll of two dice. The objective of the game is to move the fifteen pieces around the board and be first to bear off, i.e. remove them from the board.