From the United States Library of Congress:

Born in Mainz, Germany, in 1906, pianist Hans Moldenhauer established the Moldenhauer Archives, a matchless resource of musical documents that encompasses representative examples of European music history from the Middle Ages through the twentieth century.

Moldenhauer emigrated to the United States in 1938, settled in mountainous Spokane, Washington, in 1939, and served in the U.S. Mountain Troops during World War II. In 1942, as he embarked upon a musical career in collecting, performance, and writing, he founded the Spokane Conservatory. In 1943 he married his piano pupil, Rosaleen Jackman, to whose memory he would later dedicate his Archives. Moldenhauer procured manuscripts from composers such as Alban Berg, Johannes Brahms, Ludwig van Beethoven, Franz Liszt, and Witold Lutoslawski, and obtained numerous items from the archives of Gustav Mahler, Mario Castelnuovo-Tedesco, and Arnold Schoenberg.

At the time of the collector’s death in 1987, the Moldenhauer Archives included many thousands of items that are now housed in nine institutions around the world, including Whitworth University. 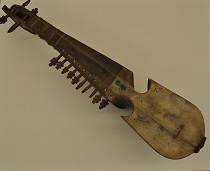 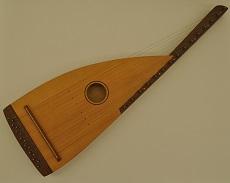 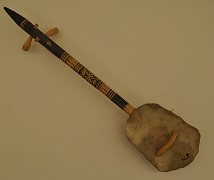 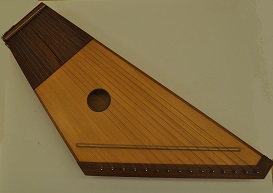 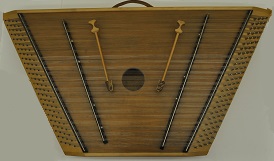 Endowed from the Spokane Conservatory on June 26th, 1987, the Moldenhauer Archives at Whitworth University include an Afghan rebab, psalteries (soprano, alto, tenor), a hammered dulcimer, and an antique violin.