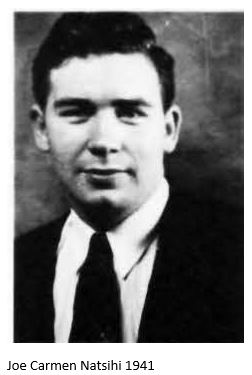 Whitworthians Killed in World War II in the European Theater

Joseph “Joe” Franklin Carman was born in 1919 in Great Falls, MT. His family relocated to Spokane and Carman attended West Velley High School. While a student there he played baseball and participated in 4-H. After his high school graduation Carman attended Whitworth. He participated in Junior Varsity Football Team and the “W” Club. In November of 1941 he married Arlene Fay, who also attended Whitworth and was very active on campus. He entered military service September 1943 where he served as a Technician Grade Five in the U.S. Army. In July 1944 Carman was deployed to Europe, and was killed in action in Germany March 21, 1945.