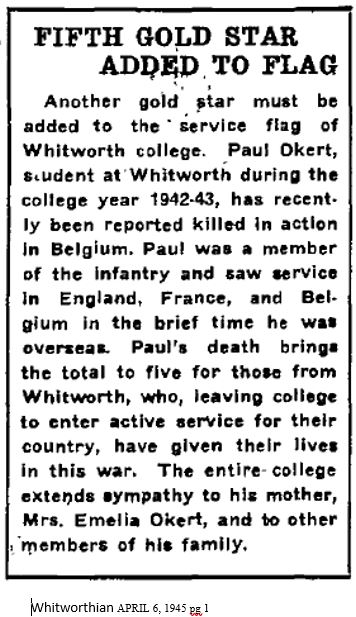 Paul Okert was born and raised in the Spokane area where he was active in basketball, 4 H and as a founding member of the Opportunity Male Knitting Club. The knitting club received press when they launched a project to grow their own flax. Okert graduated from Lewis and Clark High School in 1942 and attended Whitworth College in the fall of 1942 although little is know of his activities at college. Okert  was drafted in April 1942, went to Camp Cooke in California where he served for a year before being sent to Europe. There he served with an armored infantry battalion in Belgium where he was killed in January of 1945, just before his 21st birthday.