Whitworthians Killed in Service in World War I

Harry Theodore Olson was born in 1896 and grew up near Spokane. His parents were Swedish immigrants who struggled to scratch out a living. His mother worked as a maid and his father worked on a farm near Clayton, north of Spokane. Olson worked with his father whenever he could. Olson started attending Whitworth shortly after the college moved to Spokane in 1914. Clearly the pride of the family, Olson loved sports and did well in school. There were hopes and expectations that he would go into the Presbyterian ministry. But Olson was drafted in 1917 and eventually served with the United States Army in France during WWI.

While serving in the military Olson wrote a remarkable set of letters mostly to his mother and father that have been saved by the family. His letters comment on everything from the army food in the First World War to his Christian faith. He quoted hymns in his letters such as “He Leadeth Me,” “What a Friend we have in Jesus,” and “Nothing but the Blood of Jesus.” On the occasion of Mother’s Day 1918 he wrote a letter home that was printed in the Spokesman Review:

“American mothers though they are forced to stay at home while their sons see the excitement of the battle lines in France suffer as much as though in actual turmoil of war and are deserving of as much credit as the men in uniform. The gallant young men who leave home, and go out to conquer the autocratic monster, who is menacing the happiness and peace of the world, are truly doing a patriotic duty and deserve some credit, but they are young and for the most part not troubled with anxiety and cares of life. The mothers on the other hand deserve the real praise for no one appreciates the sacrifice, nor the anxiety and cares more than mother.”

Olson was hit with a German artillery shell while filling his canteen. He and died on the way to the nearest hospital June 18, 1918. His mother received news of his injuries in June 1918, of his death shortly afterward and erroneous news that he was alive in November only to again hear he was dead. He was buried in the American Section of the cemetery in La Ferte-sous, Jouarre France with so many others. 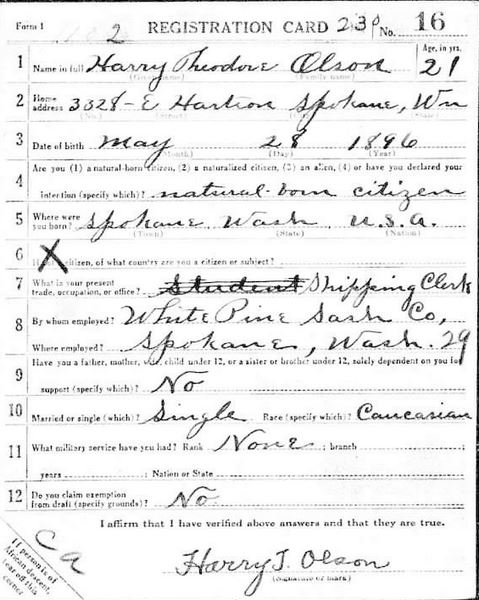 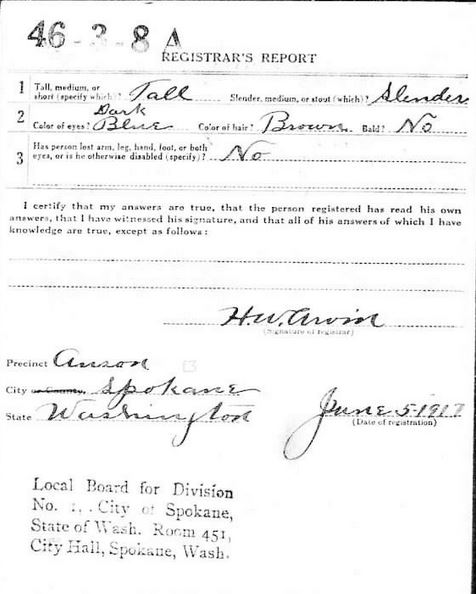