Tom Haji was born in 1925 in Bluestem, Washington, about 50 miles west of Spokane. Haji’s father was born in Japan and had immigrated to the United States to work for the Great Northern Railroad. In 1933, the railroad transferred the Haji family to Skykomish. In 1938, the family moved once more to Monroe. Haji and his sisters were active and popular in school. Haji became a noted basketball player, football player, track athlete, as well as earning a listing on the “A” honor roll. Despite his success as a high school student the war enforced racial restrictions on his ability to travel freely between schools in western Washington to compete in athletic events.

After Pearl Harbor, Tom’s father was accused anonymously and without any proof of sabotaging the railroad. The Hajis were forcibly removed to Tule Lake internment camp in Northern California. Yet by June 1943 the Haji Family convinced the government that they were good citizens and they were allowed to leave the camp. The family relocated to Spokane were Haji enrolled at Whitworth College. He majored in pre-engineering and worked on the student newspaper. Haji played a major role on the basketball team during the 1943-44 season, as well as playing on both the football and baseball teams. In 1944 he turned 18 and became eligible for the draft. After finishing out his school year he was sent to Camp Blanding in Florida for Army training. He served in the 442nd, the highly decorated all-Japanese battalion, better known as “Go for Broke.” Haji was deployed to Italy. On April 9, 1945 Tom was killed in action while fighting against German forces near Mt. Belvedere, Italy. 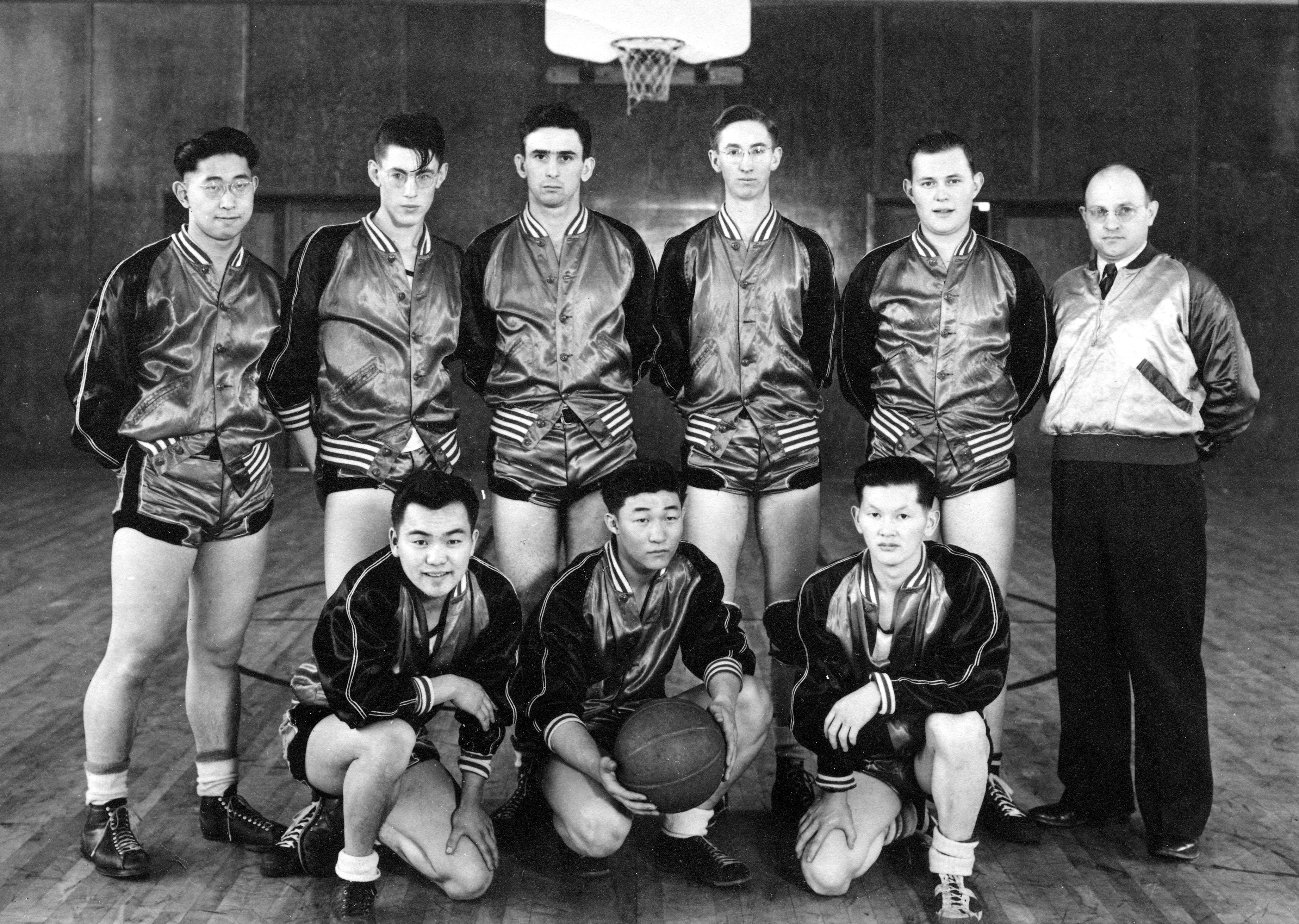